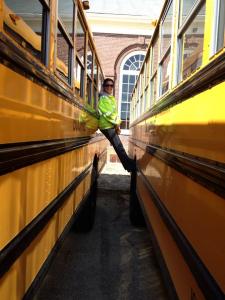 As I get ready to head to NESCBWI 2015 in Springfield and teach a few classes, I thought I should update my blog to reflect a few truths of who I am as a weirdo:

#1: I love to play hide and seek with my kids, but due to my warped nature, it has been renamed “Dark House” as I turn off all the lights and hide in the shadows. I try not to laugh as I listen to my kids try and nervously convince one another to “go find Ma!” The game involves loads of screaming – I’m surprised the neighbors haven’t called the cops.

#2. I hate soda. Actually, anything “fizzy” in general is horrid. I once mistook my friend’s Sprite as water and chugged a few mouthfuls. I freaked out, howling that I was going to die. My friend wanted to die as well, probably because we were in the movies at the time and the cute boys behind us thought we were on crack.

#3. I can roller skate, but I can’t rollerblade. Okay, that’s not entirely true – I CAN rollerblade, I just can’t stop. At all. No seriously, there is a tennis court fence at my alma mater with a permanent indent of my screaming face pressed into it.

#4. My teenaged daughter, after reading CRUEL SUMMER, said to me with an accusing finger, “Ya know, Ma. You do realize that I’m going to base on my future relationships on YOUR books!” I simply replied, “Honey, I write fiction and my stuff is a TOTAL fantasy.”

#5. I tend to juggle too many things at once – literally. I once tried to carry a crockpot full of sweet and sour meatballs up my second floor stairs and slipped. Do you have any idea what a white stairwell looks like after dousing it in red, spicy sauce? Two words: Crime Scene.

#6. I’ve been a journalist for, like, ever. Grabbed right out of college to work for the magazines and newspapers, I was often given the craziest assignment, including freezing my a** off at the Hyannis docks to interview the Frostbite Fleet. I’m pretty sure that young = sucker in the eyes of my editors.

#7. My upbringing consisted of crazy inventions (my father) and crazier characters (my mother). While most kids listened to their mom read them Judy Blume and the Box Car Children, I listened to my mother practice lines for whatever upcoming play she was in. Her version of a drunken Virginia Woolf was quite, uh, colorful. My dad even played with my dollhouse with me, though he did make my dinosaurs rip the people though the windows and eat them . . . it was awesome. No wonder Jurassic Park was one of my favorite novels in high school.

#8. My Undertow Series of books contains little shout-outs to my beloved Cape Cod, with a few lines here and there that only the natives will catch fully. It was a blast to do it – like Carol Burnett, who’d tug her ear to let her kids know she was headed home soon.

#9. I was born and raised on Cape Cod and if there was ever a place where everyone knows everyone, it’s the Cape. I love that about the area, though you have to be careful of gossip as it flies faster that ET’s ship and everybody knows everybody.

#10. It is my hope to someday be a hybrid author, with Undertow in my indie pocket, and one of my WIPs in the hands of a great agent with a killer sense of humor. I mean, seriously, whoever reps me better be able to laugh because my life is one wild ride to Nutville.

AND LASTLY . . . I drive a 16 ton school bus during the school year, with a mini Toothless stuck to the dash (he is my guard-dragon – don’t screw with him). Undeniable proof that I am far from normal. Run. Run now. 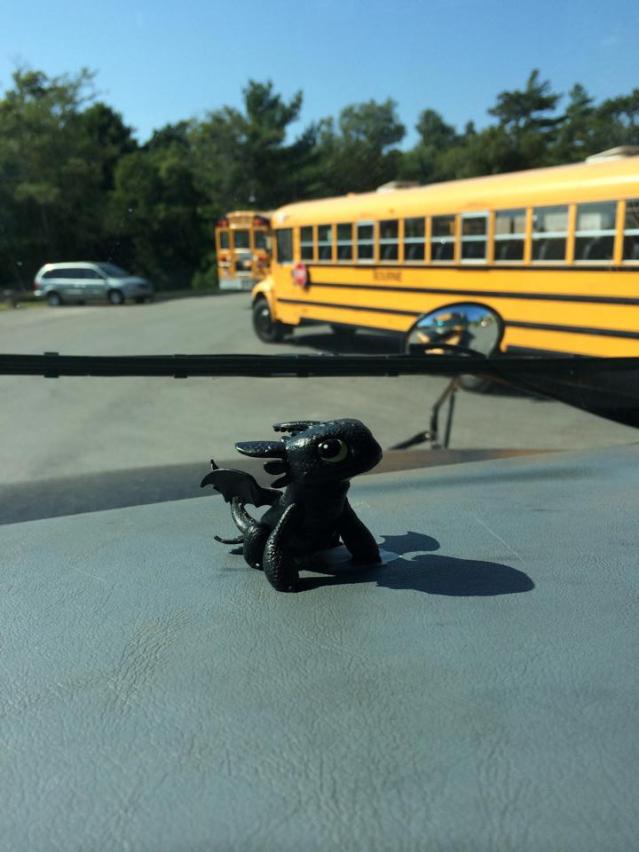